Happiness is not the absence of problems, it is the ability to deal with them. This is the mantra of 28 year old Somi Devi of Surajpur village in Nalanda, a responsible wife and loving mother of 3 children. Somi’s husband works as a carpenter in Delhi to support his family in Bihar.

It was about 5 years ago that she got associated with CDOT through the micro finance programme. The first loan of Rs.8000 was spent on purchase of cows, rearing and selling of milk. In the meantime, she underwent training on mushroom cultivation organized by Agricultural Technology Management Agency (ATMA), which prompted her to take a second loan of Rs. 10,000 to start off mushroom cultivation on her own. With the training and the loan as support, she started her venture, and continued with it by taking a third loan of Rs. 12,000/.

She grows both ‘button’ and ‘flower’ varieties, which fetches her good return by selling them at Rs. 200 and Rs. 100 per kg respectively, giving her a monthly income of Rs. 3000. She has also been financially awarded by ATMA for her exceptional expertise in mushroom cultivation.

Her earnestness and hard efforts are more so as she continues to provide treatment for her 12 year old son who suffers a kidney problem. Medicines being expensive, she saves her profit to meet the medical expenditure as well as the education of the children and other family expenses. Somi is also an active member of the Panchayet, who undertakes survey, makes home visits, and spreads the news of social awareness and government schemes to the people of her community. Under the aegis of CDOT, she is also attending the 5-day monthly training of Community Health Facilitators, funded by Axis Bank. Like Somi, there are many more women, for whom earning no more means only household chores or toiling on farmland or working as daily labours. 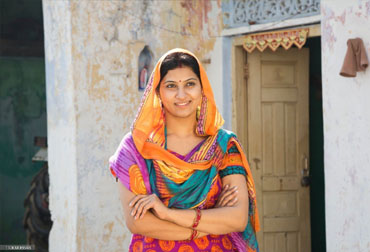 As a development institution CDOT always take holistic approach of development. Our vision is to reach the people with multiple products as per their requirement. We started working on financial inclusion probably we are among the first few organizations in this sector. Financial inclusion is one area where 360-degree services related to financial services is delivered to clients. We started working in this field from very beginning and now serving to 5 million clients across 6 states. We faced many problems at initial stage but as technology improved now it is real big thing has been created with huge network of BC agents providing all possible kind of services to untouched rural and urban mass. Now all kind of credit is also being proposed through BC network. During COVID period also BC agents worked very bravely and acted as true warriors.

COVID-19 given us a lot of learning. We learnt and converted this into making the organization more efficient and effective. At one stage where every where lock down but we kept on working and developed many inhouse software to operate more efficiently. It helped us to learn working from home and better control and deliveries. CDOT capitalized the opportunity and improved the deliverables to communities.

With a workforce of 200 people that totally depends on revenue was a big challenge for us but we worked kept giving salaries and other things and very smoothly came out. So, lock down opened a new diaspora for us to operate. CDOT believe in delivering meaningful services, our work in skilling the youth and providing loan for sanitation and creating hyper local market has been excellent initiatives and we are delivering best and our team has always been stood behind the cause.

After 20 years of our operation we are fresh full of energy to deliver more and more in rural and urban areas. With our effective work force and also alumni of CDOT has proved that CDOT is capable of handling the things in effective manner. We have young team mixed with experienced people forms a dynamic team.

In coming days, we are working to be more technology driven organization and we are developing software to address the need of the community. We are venturing into rural market, livelihood, training, housing and MSME finance. Creating platform for this.

At last I am thankful to all associated with CDOT for making the institution for great importance. I am thankful to staff and financers who always believed in CDOT. In coming days, we will come out with many more feathers to our cap. Thanks again.